As i type this, it is nearing 4:00am here in New York. My body is still on Central Time, thinking it's 3:00am. Reason being, this years National was held in Chicago.

Well, THE Show has come to an end. The collectors have gone home, as have the dealers. It's 51 weeks until The 2014 National. Yes, i am pretty sad as i am typing this. Happened to me last year after Day Five was over, and i was back home in New York (it was in Baltimore last year).

Here is my personal 2013 National Experience.

As always, The Show runs from Wednesday through Sunday. Wednesday is "Preview Night" meaning the show runs from 4:00 until 8pm. Friday through Saturday its 10-6, and Sunday is 10-5 VIPs are given access 30 minutes prior to the listed opening times above, which comes in handy if you are into getting in line to grab the many different Promotional Proceeds going on from any number of the Corporate Sponsors.

On Wednesday i arrived early in the day due to travel plans having to work out properly. Met up with my friend and roommate for the week, got checked in, then headed to the show.

This year was different. i didnt have a SOLID Focus going in, but i had an idea of what i would have liked to have started working on. When i hit the show floor for the first time, i did not get that "punch drunk" feeling that i have gotten the last three times ive gone. it was a quiet calm, almost like something in me had changed. For the worse or for the better i suppose will only reveal it's self as time goes by.

Almost immediately i started to see people that i hadn't seen since last years show. as i would meet them, we'd talk to each other like only days had gone by, not an entire year. its kind of surreal really. We are all in a Fraternity, a Cardboard Collecting Fraternity. Its a wonderful thing. Ive met some wonderful people in this hobby over the years, and The National has only strengthened the bond that we all share.

Then it was time to look around. i have pretty much given up on the Leaf Paige, opting for the Bowman instead. Also, i wanted to see if i could pick up nearly perfectly centered graded copies of Pre-War Legends, specifically the First Five Guys that were elected into the HOF. (Cobb, Ruth, Wagner, Johnson, Mathewson), plus possibly some of the other very well know Legends. The "catch" to this Focus is that the card has to be from when they were an active MLB Player first and foremost, there is no exception to that particular rule. The other thing is that i prefer that the players card feature an action shot. When i say "Action" that pretty much means anything other then a portrait, as there are not all that many options for cards of the time. That last rule is not all that strict, and can be changed by myself at anytime, especially if the Portrait looks more like the player (literally) then the "Action" Shot. The last thing, and certainly not the least thing is that the card must have as close to dead centering as possible.

The first four days of the show were very well attended, there were a lot of people with all kinds of teams' jerseys, etc on. it was very nice to see a pretty good number of young children not only there, but interested and enjoying the hobby.

After Saturday, all but three of us in the Fraternity had headed home, back to the "real world". i really do miss those sons-of-brilliant people! ;)

Sunday was disappointing as some of the dealers didnt even bother to show up, and most others started to trickle out after a few hours. by 2pm the place was pretty much dead. Shortly thereafter i began to make my final rounds and say goodbye to my dealer friends, wish them safe travels and hope to see them again next year.

Onto my pickups (which im gathering, is the only reason that some people read these posts ;)

i did a LOT of walking around, searching for the cards that would qualify for my new focus. i was unable to find a Paige that was reasonably priced, so that hunt goes on.

Please pardon the large pictures, but i think they are better then no scans at all, eh? :) 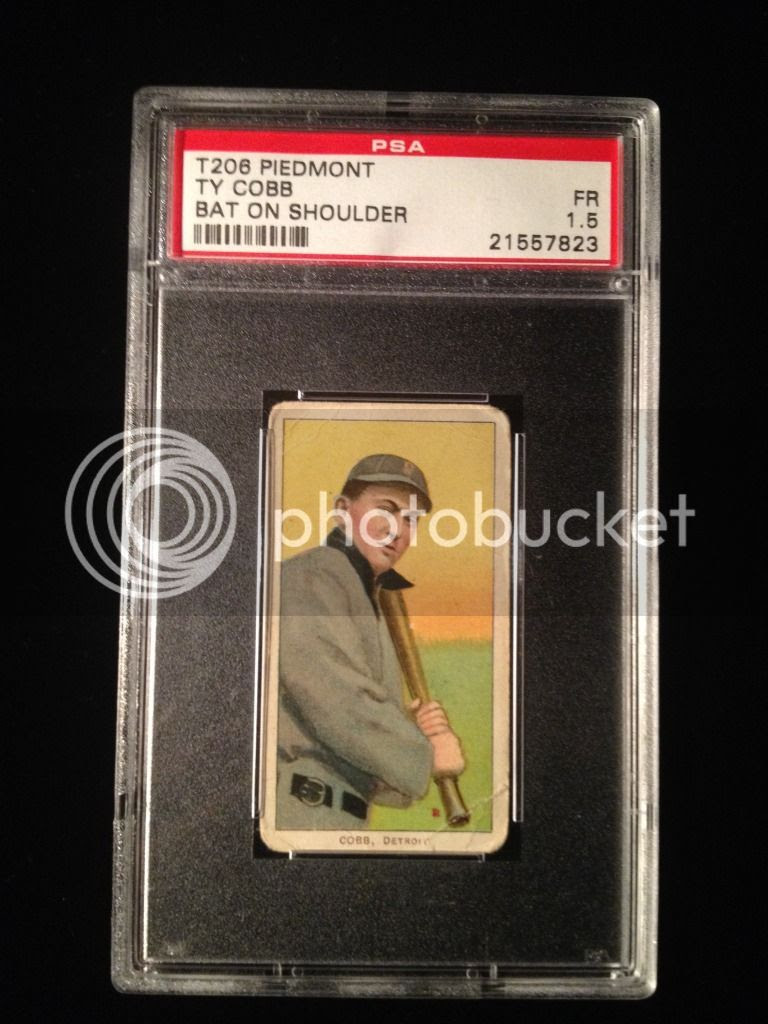 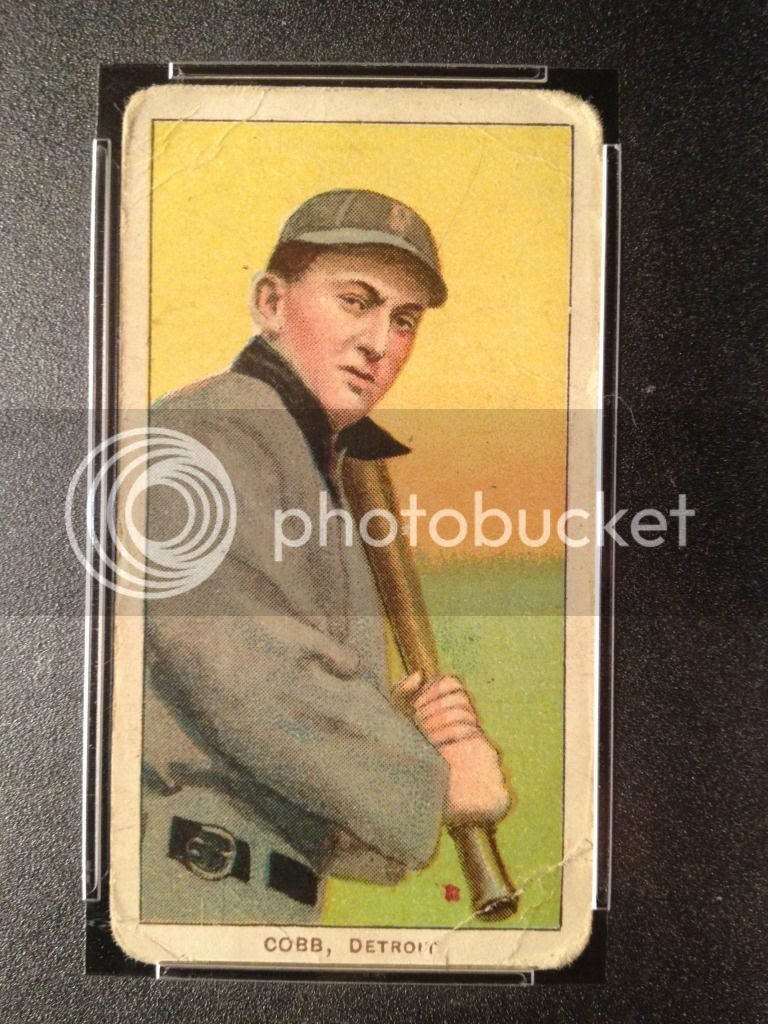 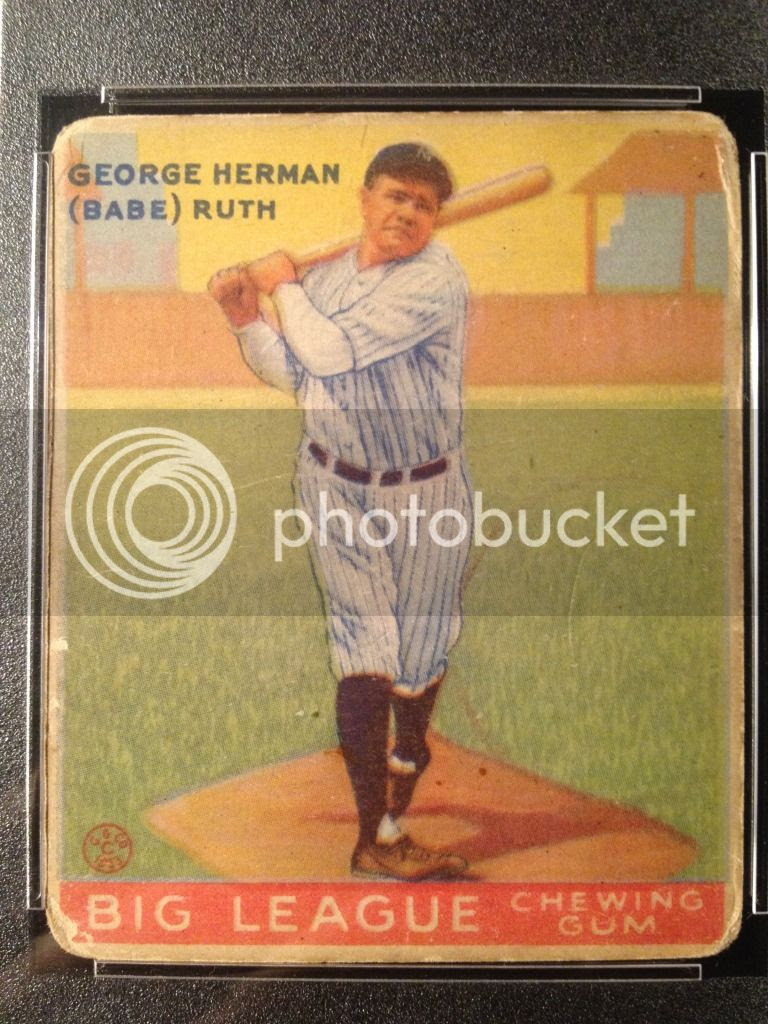 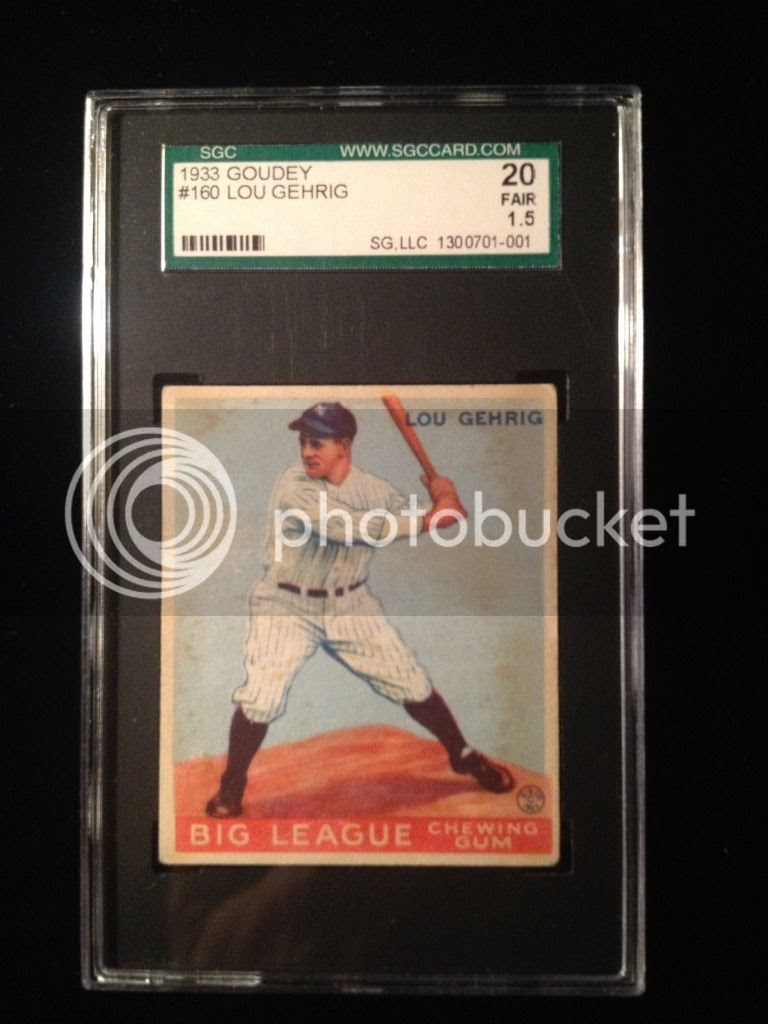 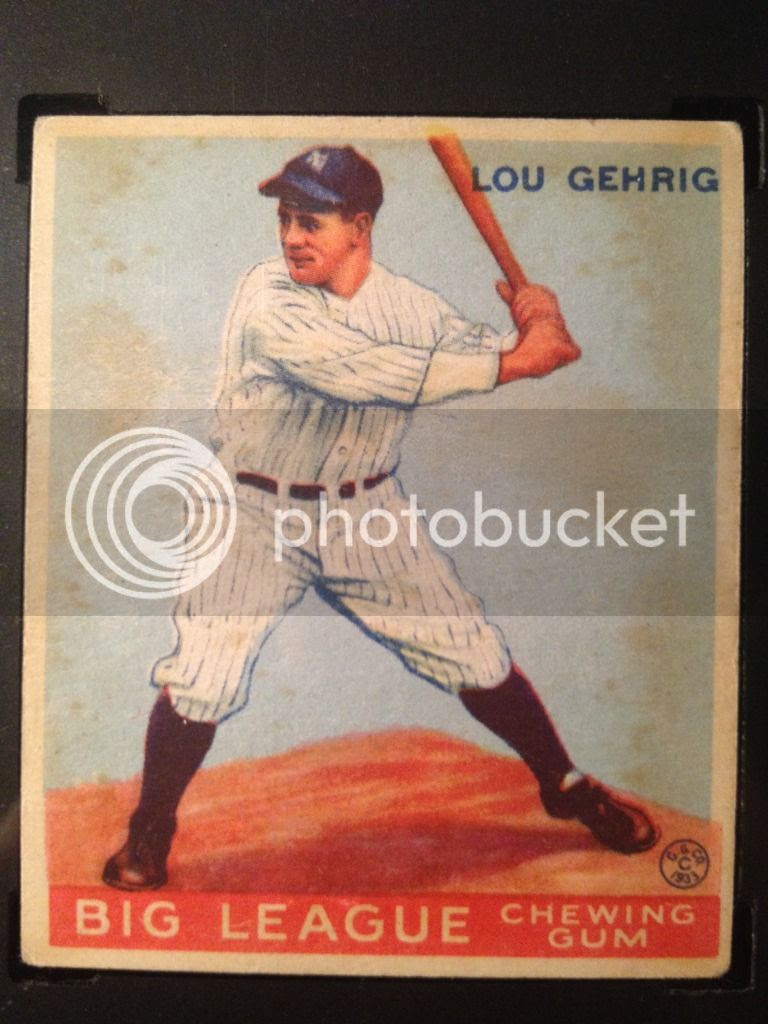 The Gehrig is interesting as a good friend of mine was the one that found it, ON SATURDAY! i know, right? go figure. i looked and looked, and missed it each time. (Also note that it is the #160, which is known to be more "rare" then the #92)

one other thing that i forgot to add. if you are ever in that area, like steak, and are able to eat at Gibson's Steakhouse, i cannot recommend it enough. yes, it is expensive, but WOW it is simply amazing!

Thank you so much for taking the time to read my recap. i hope i was able to express and share how enjoyable it was for me, and maybe convince those that have not gone to do so next year? :)

-Eric
Posted by thosebackpages at 1:25 AM 3 comments: